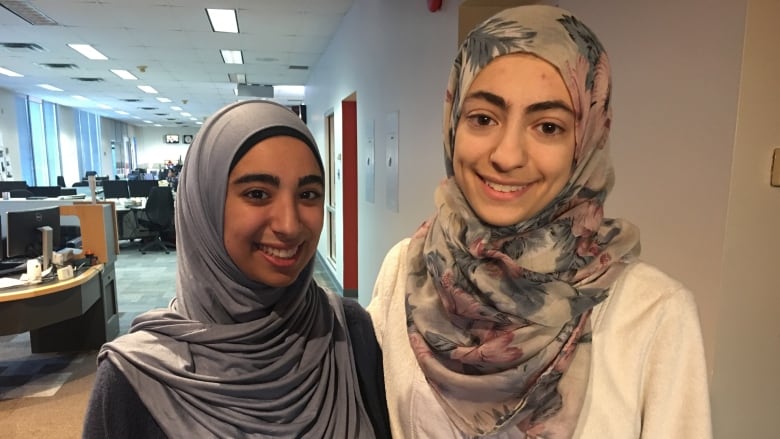 Windsor Regional Hospital is celebrating World Hijab Day, a day marked since 2013 to encourage women of all backgrounds to try on a hijab.

The hospital’s diversity committee will have booths set up at the Met and Ouellette campuses, explaining why the hijab is worn and visitors will be invited to try one on.

Lina Chaker, who volunteers with the Windsor Islamic Association, sees the day as an invitation for people to see how wearing the hijab influences their daily life.

“[The hijab] means something different for every single person,” said Chaker.

For her? It’s a way to strengthen her relationship with God.

People who are unfamiliar with the hijab or have questions are more than welcome to ask questions, according to Chaker.

Ruaa Farhat, a 4th-year social work student at the University of Windsor, echoes that sentiment.

Commonly asked questions include: do you sleep with it on? To which the answer would be no, she doesn’t.

Farhat and Chaker both started wearing the hijab at around 6th grade.

“A lot of times we think about people being pressured to wear the hijab. But I think over here in Canada, the trend is actually people tell you not to wear it,” said Chaker.

She remembers her family telling her that she was still young, that she didn’t need to wear it. And her mother was worried about her being bullied in school if she wore one.

Farhat said she’s had to explain that it’s so liberal in Canada and that there’s no pressure.

“So the fact that I am wearing it, shows that I’m doing it out of my own will,” she said. She feels wearing one is a representation of her true self.

“Some people like certain colors more than others,” said Chaker. She personally prefers not to use pins and to have fewer layers.